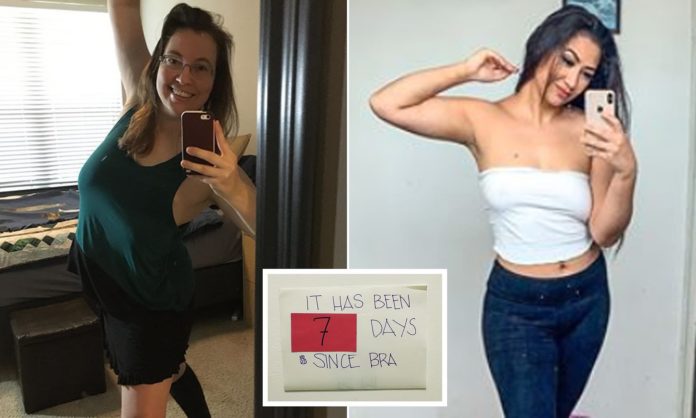 If you didn’t burn yours in the Sixties, you might want to put it away now. “Bras cause breast cancer. It’s open and shut,” says medical researcher Syd Singer.

The Singers became breast cancer sleuths in 1991. On the day Soma discovered a lump in her breast, the husband-wife team was studying the effects of Western medicine on Fijians. In the shower, Syd noticed that Soma’s shoulders and breasts were outlined by dark red grooves. He remembered a puzzled Fijian woman asking his wife about her brassiere:“Doesn’t it feel tight?” “You get used to it,” Soma had replied.

Could bras be constricting breast tissue, Syd wondered, hampering lymph drainage and causing degeneration? Soma decided to stop wearing hers. But when Syd searched the medical literature he found no known causes of breast cancer, which rarely appears before a woman’s mid-thirties, most often after 40. The highest death rates from breast cancer are in North America and northern Europe, with the developing world catching up fast. The World Health Organization calls chemical toxins the primary cause of cancer. But poisons accumulating in breast tissue are normally flushed by clear lymph fluid into large clusters of lymph nodes nestling in the armpits and upper chest. The Singers found that “because lymphatic vessels are very thin, they are extremely sensitive to pressure and are easily compressed.” Chronic minimal pressure on the breasts – can cause- lymph valves and vessels to close. “Less oxygen and fewer nutrients are delivered to the cells, while waste products are not flushed away,” the Singers noted. After 15 or 20 years of “bra-constricted lymph drainage”, cancer can result.

Looking at other cultures, Soma and Syd were struck by the – low incidence of breast cancer – in poorer nations awash in pesticides dumped by northern nations. They didn’t find peasant women wearing “push-up bras”. Instead, they discovered that the Maoris of New Zealand integrated into white culture have the same rate of breast cancer, while Australia’s – marginalized aboriginals – have virtually no breast cancer. The same trend held for “Westernized” Japanese, Fijians and other “bra-converted” cultures.

In “Dressed To Kill: The Link Between Breast Cancer and Bras”, the researchers also observed that: just before a woman begins her period, – estrogen floods her system -, causing her breasts to swell. If she continues wearing the same bra size, life-saving lymphatics — will be even more tightly, squished. Had they found the “estrogen link” to breast cancer? Childless women never fully develop their breast-cleansing lymphatic system. Nor do women who have never breast-fed. Working women who wear bras everyday and postpone having children could be at higher risk, the Singers warn. Even worse, a young woman’s coming of age is often “marked” by her first bra. Like the ancient Chinese practice of foot-binding, “breast-binding” at puberty can eventually lead to severe medical complications. Could bras be the “missing link” in a growing epidemic of breast cancer?

Beginning in May, 1991, Soma and Syd Singer’s 30-month “Bra and Breast Cancer” study interviewed some 4,000 women in five major US cities. All were Caucasian of mostly “medium income” ranging in age from 30 to 79. Half had been diagnosed with breast cancer. Almost all of the women interviewed were unhappy with the size or shape of their breasts. Women who chose a bra for appearance, ignoring soreness and swelling, had – twice the rate of breast cancer – of those who did not. But the most startling statistic was:* that “three out four women who woretheir daytime bras to sleep contracted breast cancer”.* So did – one out seven women – strapped into a bramore than 12 hours a day. “Bra-free women” have just: * a one in 168 chance of being diagnosed with breast cancer, says Singer. * The same as: “bra-free men”.

“Don’t sleep in your bra!” Syd Singer pleads.“Women who wantto avoid breast cancer should wear a bra for the shortest period of time possible—certainly for less than 12 hours daily. ”Syd also submits that some 80% of bra-wearers who experience: lumps, cysts and tenderness will see those symptoms vanish, “within a month of getting rid of the bra.” Not everyone is ready to hang up her halter. As one woman told the team, “My tits will sag all the way to my navel without a bra.” But Surgeon Christine Haythingy at the New Jersey College of Medicine says that inherited traits, not ligaments or breast size, are the reason some breasts give in to gravity. Bouncing bosoms help clear the lymphatics.

Well aware that their findings were “explosive,” the Singers sent their survey results to the heads of America’s most prestigious cancer organizations and institutes.

Like the cancer business, the bra business is huge.

Multiply how many worldwide women buy several $25 bras every year and you end up with: a multiple of the $6 billion-a-year US bra business.

At the first – frightening sign of a “lump”,an angry Syd Singer says, “women should take their bras offbefore they take their breasts off.”

Why wait, when you can liberate your lymphatics now.